They Will Have To Kill Us First: Malian music in exile is a feature-length documentary following musicians in Mali in the wake of a jihadist takeover and subsequent banning of music. Music, one of the most important forms of communication in Mali, disappeared overnight in 2012 when Islamic extremists groups rose up to capture an area the size of the UK and France combined. But rather than lay down their instruments, Mali’s musicians fought back. Declared “Essential viewing” (Dazed & Confused), and “A gripping, powerful documentary” (Indiewire), They Will Have to Kill us First screens in UK cinemas October 2015. Download the press pack

In 2012, three extremist groups captured most of the north Mali – an area the size of the UK and France combined. The cities were virtually shut down, sharia law was instituted and, crucially for Mali, all music was banned.

I remember very clearly reading about what was happening. I couldn’t imagine a world without music, especially in a place where music was so vital to everyday life. I began to plan my trip to Mali almost immediately.

On my first day in Mali a fixer took me to the house where Khaira Arby, the “nightingale of the north”, was hiding out. We were in Bamako, the capital of Mali, where hundreds of thousands of northerners had fled when the extremists took power. The city was heaving. Inside of the house Khaira was renting, her band and extended family were restless. Music wasn’t banned in the south, but they seemed scared nonetheless. Khaira was a living contradiction. Strong yet afraid. Solid yet vulnerable. I knew then that this story could reach the world in a way that shouty headlines about Al Quaida spreading into Africa could not.

I am so proud to bring these musician’s stories to the world. They’ve been through hell, and survived to sing about it. Though the conflict in Mali is still far from over, with extremist attacks continuing in the north and south to this day, I have no doubt that these musicians will continue to stand up and fight for their right to sing.

The most exciting new band in Mali, created when four budding musicians from different corners of Mali fled to exile in Bamako. Writing and performing in response to the conflict, they captured the attention of Damon Albarn, Brian Eno and Nick Zinner, (Yeah Yeah Yeahs). They are exciting rising stars, full of energy and a refusal to be dictated to by extremist groups. We follow Songhoy on their rise to stardom culminating with a performance at London’s Royal Albert Hall with Damon Albarn. Songhoy Blues debut album, Music in Exile (Transgressive, Atlantic Records), was released in 2015 to international acclaim. 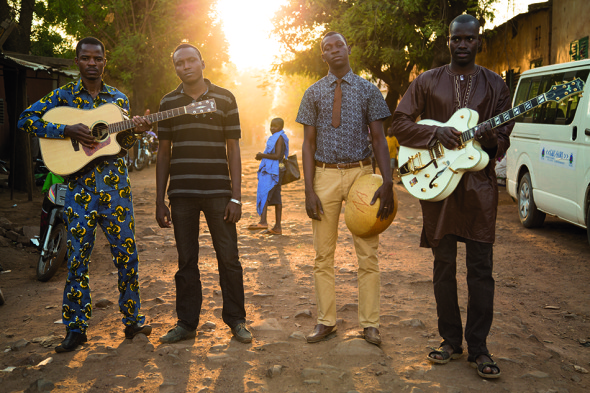 Disco is a renowned singer, UN recognized humanitarian and outspoken activist. She is married to Jimmy, a leader within the MNLA – the group of Northern Touareg separatists who inadvertently allowed the Islamic militants to hijack their separatist rebellion and ban music. Disco organises gigs from her refugee camp base in Burkina Faso and is a constant support for musicians in exile, who look to her to eventually lead them home. If Disco goes back to Mali, everyone else will follow. Jimmy was a general in the Malian Army until he defected to lead the MNLA. He served on the MNLA negotiating team to create a peace agreement with Mali’s new president until events overtook both of them, resulting in a surprising change of heart. 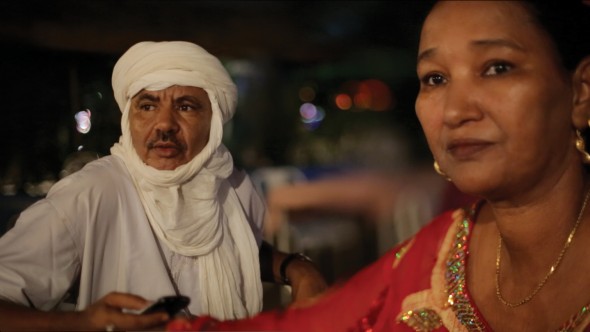 Jimmy’s nephew from northern Mali. Jobbing guitarist Moussa was a relaxed, good-time guy with a penchant for beer and dreads. But when jihadists took control he decided to comply with strict sharia rules, giving up his music. When fighting escalated, he fled, leaving his wife behind. Members of his family joined the MNLA and Moussa’s wife was jailed for being a sympathiser.We film Moussa in exile and when he returns to Gao to face his wife and community, hoping to get his life back.

The “Nightingale of the North”, much beloved and speaking all seven languages of the country, Khaira’s home was raided by jihadists and her materials, records and instruments destroyed. Yet she remains firm in her criticism of their actions despite threats to her life. She campaigns tirelessly for elections and is organising the first public concert in Timbuktu since the conflict to prove that musicians will not be silenced. But the rise of ISIS has given Mali’s extremists new life, and realising Khaira’s dream is risky for everyone. 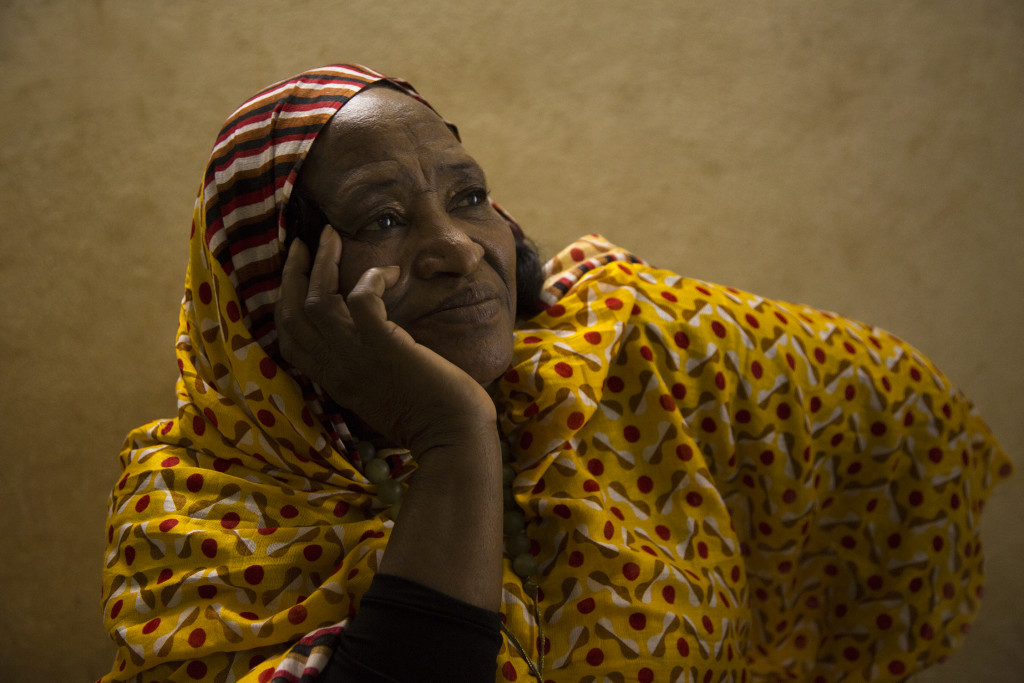 We could not have started to film in Mali without the support of 500 truly wonderful kickstarter backers. Thank you all for your donations, words of encouragement and campaigning on our behalf!